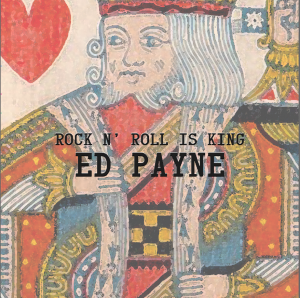 This project began as a tribute to one of my all-time top rock and roll heroes; songwriter, producer, singer, guitar player, Jeff Lynne and his band from the old days, Electric Light Orchestra (ELO). However, as the song list developed and ended up including eight Traveling Wilbury songs, I realized this was also meant to be a tribute to some of my fallen rock and roll heroes as well; George Harrison, Tom Petty and, Roy Orbison. And yes, I have to include Bob Dylan who was an important member of the Wilbury’s and, now since Tom Petty’s death, is the only other surviving member of the Wilbury’s besides Jeff.

I loved the Traveling Wilbury’s tongue-in-cheek and humorous songwriting and style: Like, their Wilbury names, Spike, Lefty, Muddy, Clayton and Boo. The Wilbury’s released only two albums: “Volume One,” in 1988 with all five members present, and their second album humorously titled, “Volume Three,” released in 1990. It was the work of the four surviving members after Roy Orbison (Lefty) passed away shortly after Volume One was released. Appropriately, “Volume Three” was dedicated to Lefty.

The first song and title track on the album is “Rock And Roll Is King,” which is one of my all-time favorite ELO songs. The second song, “Have Mercy,” is a song Jeff Lynne covered in the old days, even before ELO. The third song, “Don’t Let Go,” is a song from Jeff’s solo project album titled “Armchair Theater,” released in 1990. The fourth song is “Hold On Tight,” another of my favorite ELO songs. The final eight songs are all Traveling Wilbury tunes, five from Volume One and three from Volume Three.

As with all of my tribute projects/albums, this has been another fun labor of love! We hope you enjoy the music.

As always, I want to thank Clay Smith for his fantastic instrumental work and backup vocals. And, thanks to my amazing son, Adam Payne for his creative cover art design and, for handling all the other stuff that I couldn’t do without him, like licensing the songs and CD duplication.