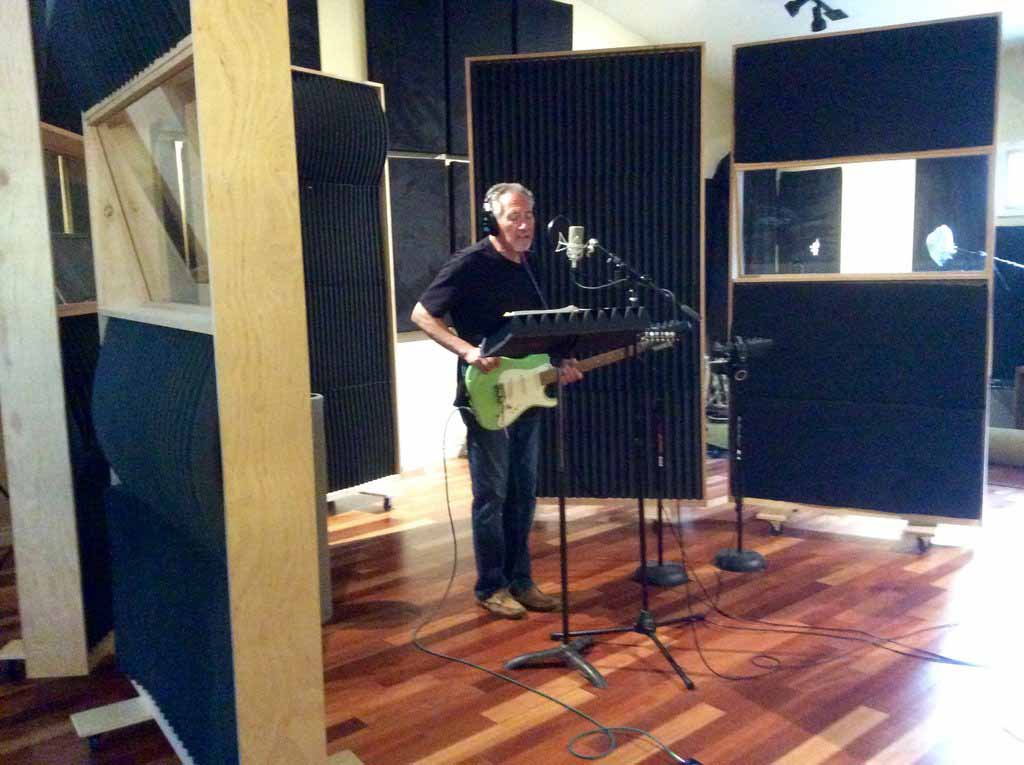 Ed Payne is a musician, singer-songwriter, recording artist and retired performer. He’s based out of Bend, Oregon where he has recorded and released 11 albums to date at SoundSmith Studios with Clay Smith. Most of the albums are tributes to his rock and roll heroes, including the Everly Brothers, the Beatles and most recently Chris Isaak. From 1998 to 2008, he played galas, fund raisers and private parties around Bend with his (up to) five-piece band known as Two Ed’s Are Better Than One. Today, the recording studio is his primary musical outlet. Ed says, “working with Clay in the studio is an absolute blast and, more fun than a guy my age should be allowed to have!” He started ProPayne Productions with his son, Adam, as part of a life-long goal to “get the music he has recorded published and distributed.” Digital Distribution (Amazon) has made it possible for Ed to sell his albums all over the world. To date, he’s sold his music in 26 countries, and he’s currently working on putting together some music videos.

Ed was raised in a musical family in the small Oregon town of Cottage Grove, 20 miles south of Eugene. His father was from rural Alabama and often sang old Hank Williams songs. His mother was the “trained” musician in the family and taught piano and guitar, though Ed was sent off to learn piano from someone else during his youth, and took lessons for a year. Both his sisters continued on with their piano lessons and successfully learned to play piano and read music. In fifth and sixth grade, Ed played trombone in the middle school band, but was able to mostly play by ear, a talent that has served him well his whole musical life.

In high school he started playing Beatles and other songs with his best friend Ralph. Then, after high school, he headed off to college with his dad’s 1945 Martin 0-17, a gift his mother had given his father when he returned from World War II, which Ed still has today on display in his home in Bend. Ed started at Oregon College of Education (now Western Oregon University) with the intention of getting a degree in English Literature but, after a year fell out of love with English Literature and transferred to the University of Oregon to study business. He was hired in 1970 by First National Bank of Oregon, as a management trainee. 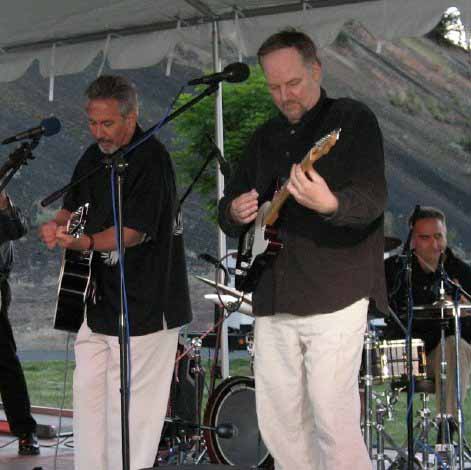 Ed & Clay performing at Balloons Over Bend in 2006.

Ed worked in banking and finance for the next 47 years until he retired in 2017. In the early family years, he played music casually for his own enjoyment and sometimes just to sing his kids to sleep, and later in a garage band in the late 80s with a bunch of friends. But live performing took a more serious turn in 1998 when he met “Young” Ed, a keyboard player who was 17 years younger than Payne and in a training program at the same brokerage firm where Ed worked. Though 17 years his junior, young Ed knew and loved the same songs from the 50s and 60s that Ed Payne grew up with and loved. After the first jam session, they decided to call themselves, “Two Ed’s Are Better Than One” and formed a duo that often expanded into a five-piece band to include Clay Smith on guitar, Bob Akers on bass, and Chris Sulak or Dennis Mitchell on drums. The group played events around Central Oregon, including the Saint’s Benefit for St. Charles Hospital, the Snowball for MBSEF, the Flashback Cruz, Balloons Over Bend, The Rotary Duck Race and other fundraisers, galas and private parties.

After playing out for ten years, Ed retired the act in 2008. Throughout those years, Ed had been recording with Clay Smith, master musician and owner of SoundSmith studios, “mostly covers and originals for fun.” Once the band retired, the recording aspect of Payne’s musical exploration accelerated and he spent more time in the studio.

“At some point I realized that I had one item left on my bucket list and, that was to make an effort to get my music published and distributed. I remembered that one of my son’s degrees was in Business Administration and Marketing (with an emphasis on music promotion) so I asked him if he would help me in this effort.” Of course he said, “yes”.

I asked Adam which name he preferred for our father/son gig, Twopaynes Productions, Doublepayne Productions or, Inpayne Productions. He responded, “Well dad, those are all kinda clever but how about Propayne Productions?” I loved it and away we went! Adam handles all the cover art of our CDs, licensing the songs and the duplication/creation of the CDs for all our releases. Diskmakers does the CD duplication and CD Baby is the primary distribution channel. CD Baby further distributes through iTunes and Amazon. 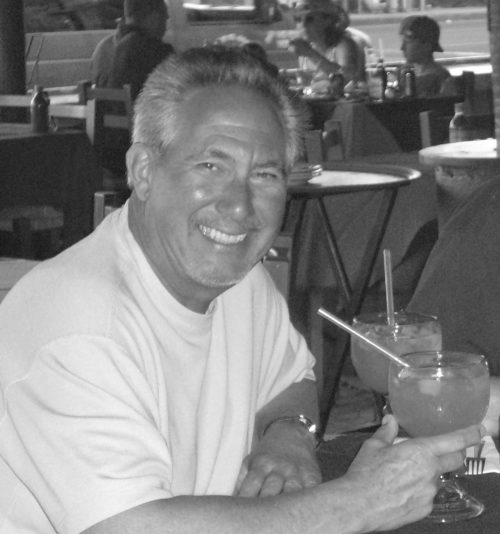 “We have a great time in the studio,” Payne laughs, as he describes the synergistic process he has working with Clay. “We get along famously and bounce ideas off each other.” As part of the creative process, Payne plays guitar and sings a scratch vocal for Clay to work with, and by the time they are through they have a finished piece with 15 to 20 tracks of lead and backup vocals and instrumentation. Ed is the lead vocalist and does a lot of the backup vocals and, Clay provides more backup vocals and plays rhythm guitar, lead guitar, bass guitar, keyboards, and sometime mandolin. For a few songs they’ve hired Rich Feldman to play sax and on a few of the songs on Old Cowhand, they hired one of the Booher family to play violin.

Ed has released tributes to The Everly Brothers, Buddy Holly, Bob Seger, John Fogerty, The Beatles, Ricky Nelson, Hank Williams and the latest release, Chris Isaak. He has also produced an album of originals titled “Just Passing Through,” and a duo album with his dear friend and other singing partner, Niki Sands titled “A Summer Song.” And, a legacy album with his father who sang songs on a tape recorder during his final year at Middlefield Oaks Retirement center, which Ed and Clay transformed into a professionally produced album.

Ed has sold albums all over the world, and part of the mission of this website is to continue to get the word out about his music and share his inspiration. 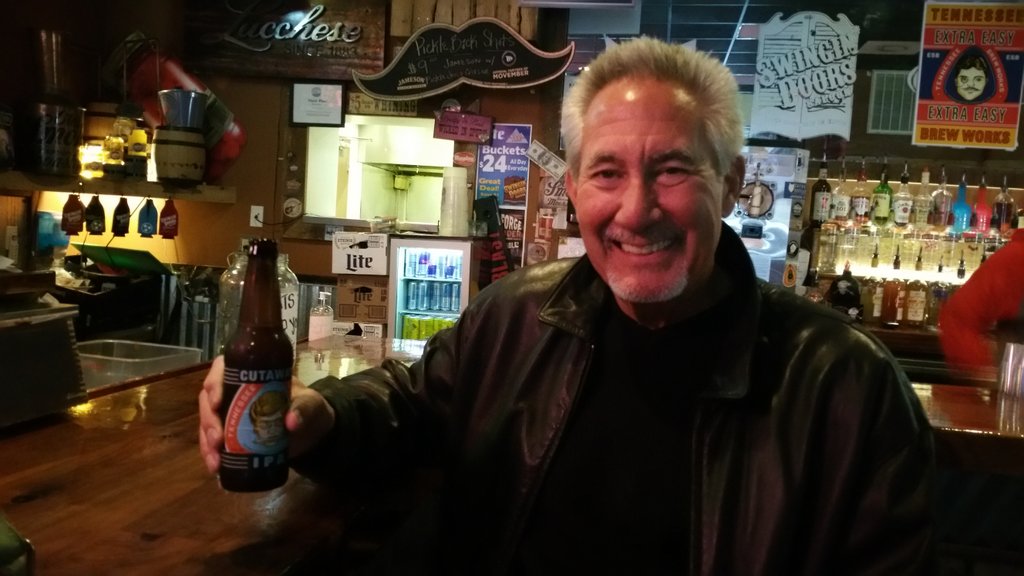